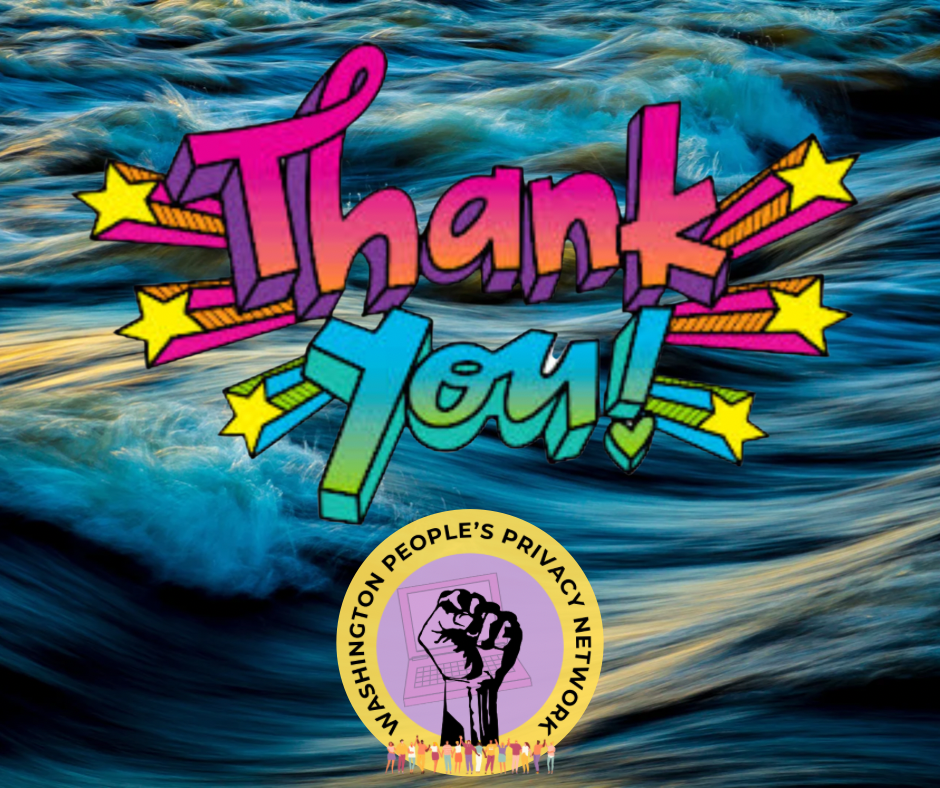 The Washington state legislature adjourned for the session today without taking any action on the Bad Washington Privacy Act, SB 5062.  It’s a huge win for Washingtonians’ privacy!

This is the fourth year in a row that the Tech Equity Coalition members and grassroots activists have kept big tech lobbyists from writing the rules on privacy.  Despite the shenanigans at the end of this session, legislators once again stood up to big tech — and the landscape in Olympia next year is likely to continue to move in a privacy-friendly direction.

And just as importantly, this year’s discussion highlighted a path forward to people-centered privacy legislation that protects all Washingtonians: a combination of an improved People’s Privacy Act 2.0 and an improved Foundational Data Privacy Act 2.0.  There’s still a lot of details that need to be ironed out, and a ways to go politically — but we’re a lot closer than we were at the begining of the session.

It’s really hard to overcome tech industry lobbying in Washington … and we did!

Thanks so much to everybody who got involved!!!

No comments to show.